Capitalism 2 is my grim addition to the social commentary of the original. 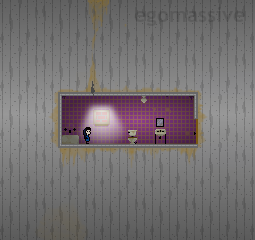 My graphical approach mimics the visual assault of the original with higher detail. 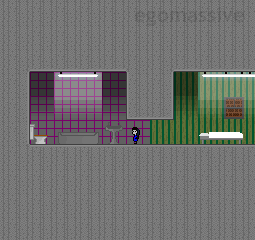 The busy, claustrophobic, low-quality graphics of Capitalism add tremendously to the feeling you’ll get by playing it.

Years ago a Knytt Stories level, Capitalism, was made by a man known as Googoojoob. It was an art game that pitted players against the oppressive side of economics in the “free world”.

Capitalism 2 is my grim addition to the social commentary of the original. It was also my entry in a Knytt Stories competition where the premise was to confine the level to a single room. Thus, this is an extremely short level focusing on one critical moment in the playable character’s daily routine, the moment she can choose to break the cycle. Try to find both endings.

And, here’s the level mine is based on. If you’ve never played Capitalism, then you should play it first. If you have played it, even long ago, then it isn’t necessary to play it again. Capitalism 2’s opening scene acts as a refresher course.